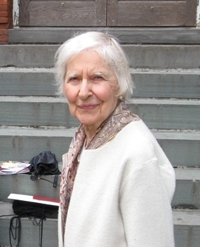 Not long ago, Shirley Adelson Siegel, a retired attorney, was looking for a volunteer activity. She had been teaching reading to a second grader, but the only thing either of them had gotten out of the experience was Siegel’s newfound respect for teachers. She decided to look for something related to the law, about which she knew a thing or two. So she stopped by the City Bar Justice Center and found out about their projects. She chose the foreclosure project, which is not surprising. Now almost 92, Siegel has been working on housing issues for 74 years.

Siegel’s been handling two foreclosure cases for the Justice Center, one in Brooklyn and one in the Bronx, both of which have dragged on for a full year. In the Brooklyn case, she and the client have submitted hardship applications multiple times to no avail. “And they said at the last hearing that it was incomplete,” Siegel says. “And I said, ‘But it was completely filled out, what do you mean it was incomplete?’ They said the second item from the bottom wasn’t checked. ‘Well, it’s a check. It’s a little check,’ I said. ‘And if you thought it wasn’t clearly a check, you could have phoned and asked if it was a check, instead of our turning up at another settlement hearing in court where nothing happens when we’ve really submitted everything.’”

While Siegel had known since her college days that she wanted to work on housing issues, her entry into the field was somewhat accidental. While a junior at Barnard, the government major got a New Deal job with the not-for-profit New York Legislative Service at 50 cents an hour. At the time, New York State was preparing for a constitutional convention, and her area of focus was a specific article under development, the first related to housing and urban development. “It provided for public financing and provided for distinctions made on the basis of whether people could or couldn’t afford what the private sector was building,” says Siegel.

In 1938, she entered Yale Law School, the only woman in her class, where she studied property law with Myres McDougal. McDougal was very important to her, she says, and the feeling was mutual; Siegel says McDougal was able to schedule a housing seminar “because he knew he would have at least one student.” It was a new field, and soon, Siegel says, “progressive people were flocking to it.”

After graduation, Siegel interviewed at over 40 firms, having to overcome what she describes as the double-handicap of being both female and Jewish. What made the difference for her was a slew of hand-written letters written on her behalf by another of her first-year professors, Arthur Corbin, who was already well known for having written “Corbin on Contracts.” She joined Proskauer, where she found herself in what was now the familiar condition of being the only woman in the place. She was the first woman ever at the firm: The letter she received calling her back for another interview said that the firm was about to break “a precedent of long-standing” by moving to hire her.

She liked Proskauer, although as a woman she sometimes felt shut out, as when her colleagues entertained clients at all-male clubs. Fortunately, Siegel was able to find what she describes as her own club, the New York City Bar. A mentor of hers, Ira Robbins, told her she should get on the Real Property committee, which was soon going to be broken out into another housing committee.

Siegel recalls this as “the beginning of a period from about the middle of the ‘50s to the end of the ‘70s when I was on a succession of committees with different names, but they were a continuation of the same: they all had to do with housing and urban renewal and rent control and urban development and so on.” She continued her committee work even as her work responsibilities increased, including as general counsel to the Housing and Development Administration under John Lindsay. After she left that position, she became chair of the Committee on Housing and Urban Development at the City Bar.

“And I thought that was such a great committee that I sent the archives of that committee to the City University archival center, which has a big unit on housing,” says Shirley. “It has things from the Wagner and LaGuardia administrations, and so on, and they have a lot of my archives on housing including the housing studies I did in Europe, because when I went to Europe after college as a fellowship student at the London School of Economics my interest was housing.”

Out of all that Shirley Siegel has done—did we mention she was also New York’s Solicitor General in the late ‘70s, and while there had the idea of putting all of the state’s appeals onto this newfangled thing called the Internet?—she may be proudest of her work at the state’s Civil Rights Bureau on apprenticeships in the building trades. While modest to a fault, Siegel says, “I feel that I had a historic role in that.”

The issue was that at the time, to be a member of the building trades unions for construction workers, carpenters, and other builders, you needed to be an apprentice, but you couldn’t seem to get an apprentice job unless you were related to somebody or were otherwise an insider. It was 1959, and New York Attorney General Louis Lefkowitz signaled his determination to deal with this and other issues by creating the Civil Rights Bureau, tapping Siegel to run it.

So she took the job, and, like so much else she’s done, had to find her way, or make her way. “It was brand new. There were no complaints. There was nothing. And I had a lawyer. That’s what I had. One lawyer who had never practiced law.”

She started by calling in all the citywide building trade unions: “And they came in one after the other, the first ones I called in were the plumbers. Plumbers Locals 1 and 2. They had never been called in by the Attorney General, so they were very nice. They admitted they didn’t have any non-white apprentices; well they never had an applicant. I said that they shouldn’t discriminate if any black people do turn up, and they all vowed they wouldn’t, but they were acting nice.”

Local 28, the sheet metal workers, was the one group that came in with a lawyer. “They were very polite,” Shirley recalls, “so I had them come in again and again and again. And they educated me about the entire apprenticeship program because I asked them questions and I took notes so that I had a complete study of the whole apprenticeship system, which proved very handy. For the first time, I really knew it.”

Siegel had everything she needed for a complaint…except a plaintiff. Until, as she describes it, one fell in her lap.

“One day, a young black man who was just out of the army and looking for a job went to an office building and went to every office in that building looking for a job no matter what. When he came to the office of Local 28, he didn’t know from nothing, he just went into that office and said he was looking for a job and was just out of the service. The union assumed I had sent him, and at our next meeting mentioned that he had come by. And of course, I played dumb and I just didn’t say yes and didn’t say no. We just talked about him, or rather I listened because I didn’t know a thing about him; I didn’t even know his name.

“I then sent an investigator out to check their records. When he got there he wanted to look at the records of everybody who applied for apprenticeship. He of course was just looking for this guy who had come in, and we got the name. I was then able to draw up the complaint, and we had a dramatic public hearing. Ultimately the U.S. Department of Justice took an interest in Local 28. The union resisted for decades.”

Does Siegel have any words of advice for the rest of us, the relative underachievers of the world? “Well, I think that any experience in the professional world helps,” she says. “Everything seems to call for a lot of the same kind of training. I think that as one goes through life one gets to be a better writer. You get to realize in so many different settings the importance of understanding the facts, getting skeptical if what you’re being told doesn’t hang together. It just applies to everything. And of course, hard work. Everything is hard work. You have to have some goals, of course.”