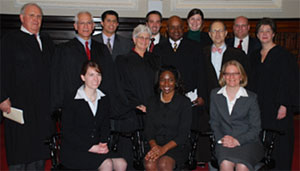 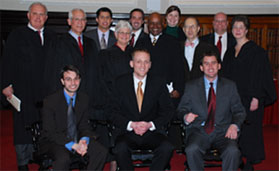 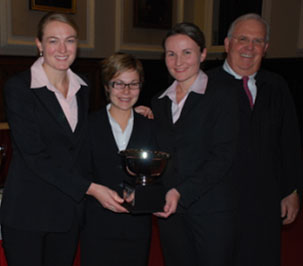 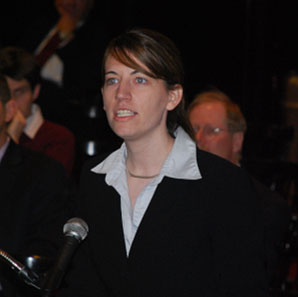 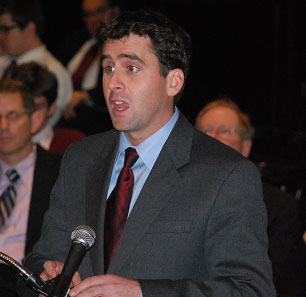 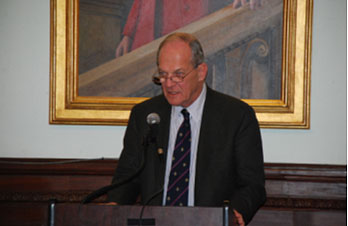 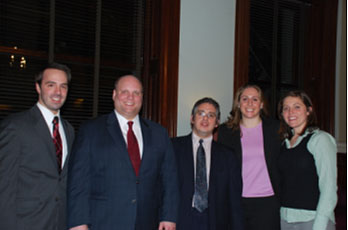 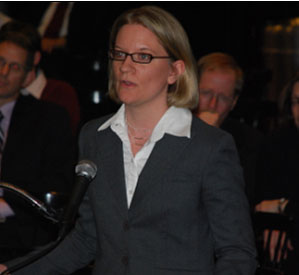 Among the approximately 189 teams that competed throughout the U.S., only 28 advanced to the National Finals: 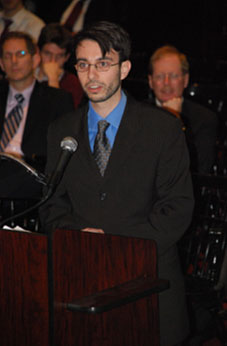 As of the date of the 2008 Moot Court Competition, both of these issues were pending decision before the United States Supreme Court.

After 4 grueling days — and 7 rounds — of argument, the last 2 teams argued before a distinguished panel of jurists. 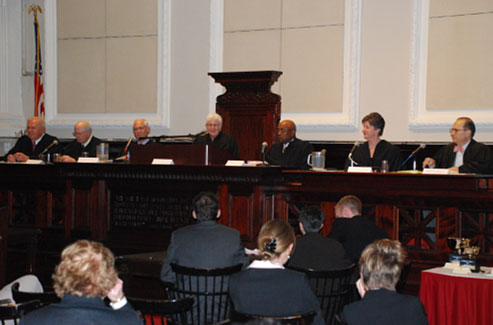 The judges for the Final Bench were:

Here what our judges had to say about our Competition:

“One of the best problems I have seen in 20+ years of judging.”

“Best issues ever in my experience as a Judge.”

“Was impressed this year with overall quality and efficiency of program.”

Prominent members of the legal community volunteered throughout this Competition. In New York alone, over 200 judges contributed to its success. In a 2007 judge survey:

A SPECIAL THANKS TO OUR SUPPORTERS 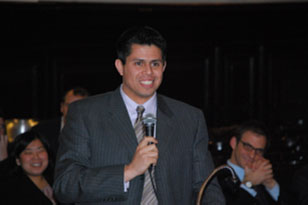 The Committee is grateful to the following organizations for their continued support and commitment to the Competition:Thomson West

Thanks to all of our Regional Sponsors, whose dedication and efforts, are integral to the success of the National Moot Court Competition:

See you next year!