The New York City Bar Association will be closed on Monday, January 17, in observance of Martin Luther King Jr. Day.

As part of New York City’s Key to NYC program, all visitors to the New York City Bar (as well as staff in the building) are required to be fully vaccinated against COVID-19. For more information, and for the latest on how the City Bar is addressing the pandemic, click here. 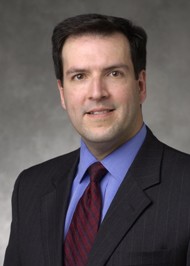 During his first year at NYU Law, Alonso applied to be a summer intern in the Manhattan DA’s office, and he says not being hired turned out to be a good thing for him. That’s because he instead landed an internship in the New York Attorney General’s Medicaid Fraud Control Unit, where he got to know some great people who would become lifelong mentors.

Meanwhile, Alonso heard about an internship on the City Bar’s Criminal Advocacy Committee. He applied and got it, and in the committee meetings he marveled not at all the heavy hitters around the table, but at “lawyers, judges, prosecutors, all talking about matters in a congenial way, striving for the best decision.”

One bit of advice Alonso picked up along the way was that he should try to participate in a legal clinic during his final year of law school. That turned out to be his path to the Manhattan DA’s office, as he was able to join the clinic there. He worked hard there and learned a lot, and his clinic director recommended him for an ADA position. Alonso served for five years in a Trial Bureau, the Special Prosecutions Bureau, and the Frauds Bureau. In 1996, after a year as Senior Law Clerk to Judge Joseph W. Bellacosa of the New York Court of Appeals, Alonso began a nine-year stint as an Assistant U.S. Attorney in the Eastern District of New York.

Over the years, Alonso stayed active at the City Bar, and twelve years after interning for the Criminal Advocacy Committee, he was chairing it. During his tenure, plenty of the initiatives the committee debated were pro-defense. “It wasn’t necessarily what a prosecutor’s office would push, but the great thing about bar association activity is that you get to do what you think is right,” he says. He always encouraged the committee to focus on issues that could get what he jokingly calls “bipartisan support.”

One defense attorney Alonso collaborated with in his committee work was a man with a familiar last name who had recently returned to his native New York from Seattle. Cyrus R. Vance, Jr. had also been a Manhattan ADA, but he left the office a couple of years before Alonso started, so the two did not cross paths until they met on the Criminal Advocacy Committee and began a fruitful collaboration. They also served together on the Board of Directors of the Fund for Modern Courts and were active members of the Federal Bar Council. And after Alonso became chair of the Council on Criminal Justice, they worked together on the Council’s bi-annual retreat in 2008, which featured a remarkable panel: Preet Bharara, Hon. Eric T. Schneiderman; Hon. Leslie Crocker Snyder; Hon. Daniel M. Donovan; Hon. John McKay, one of the U.S. Attorneys who had recently, and controversially, been fired; Willie Rashbaum, the Times reporter; and Vance, among others. Rhode Island Senator Sheldon Whitehouse gave a stem-winder of a keynote speech.

When Vance was elected DA and needed to staff up, he didn’t have to look far for his Chief Assistant District Attorney. Vance knew Alonso was someone he could work with because he had already worked with him for years at the City Bar.

Alonso considers Association membership and committee work essential public service for lawyers, and he recently put together a panel discussion for ADAs in his office on the benefits of Association membership. In 2007, while he was a partner at Kaye Scholer LLP, Alonso spoke at a panel called “Pursuit of an Integrated Life in Law.” “I could not imagine being only in private practice or only in public service,” he said. “I do [bar association service] and I hope other people do it because it’s fun, because it’s the right thing to do in the sense that you’re pushing policies that you personally think are good for the state and for the country and for the courts.”